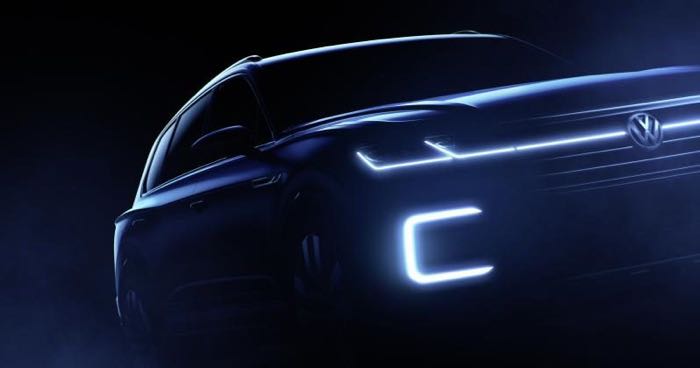 VW has revealed that they will unveil a new Volkswagen SUV concept at the Beijing Auto Show next week.

The car will feature a combined 78mpg and it will come with hybrid power train, the electric part of the power train will have a range of 31 miles.

This new SUV concept is expected to be a preview of the new VW Touareg which is expected to launch next year, we will have more information on the car when it is made official next week.