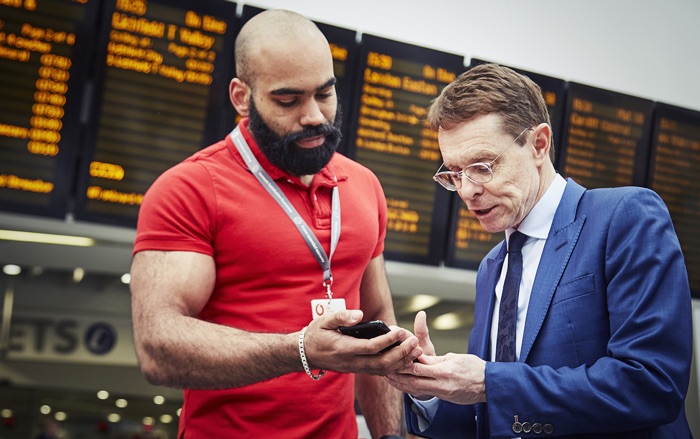 Vodafone has announced that it has started a trial of 5G in Birmingham, the trial is taking place at the Birmingham New Street Station.

Mayor of the West Midlands, Andy Street, tested the region’s new technology on the New Street concourse. Passengers at the station were also invited to test 5G speeds using a 5G router.

When compatible 5G handsets and devices arrive later this year, commuters in busy locations will be able to load a web page or a video instantly. Thanks to super low latency, they will be able to stream a movie or download a work file over 5G seamlessly without buffering or lag. Vodafone is rolling out 5G to a number of key commuter locations across the UK during 2019; and will switch on the new network in 19 towns and cities, including Wolverhampton, by the end of the year.

You can find out more details about the 5G trials from Vodafone at the Birmingham New Street Station at the link below.