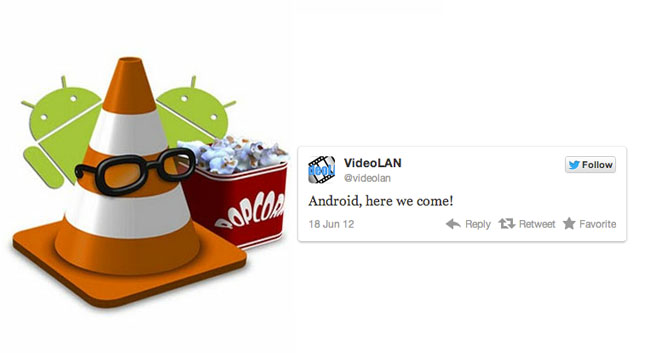 However it is now likely an Android version of the awesome VLC player could be arriving imminently. After a tweet was sent out from developers VideoLan via Twitter account stating “Android here we come!”.

No other details have been released as yet for the new VLC player, but as always whenever any new information comes to light we will keep you updated as always.