Vizio showed of a number of cool new products at CES 2012 last month, one of those was their new 21:9 aspect ratio LED HDTV, and now the company has announced that the device will launch in March.

The Vizio 21:9 CinemaWide LED HDTV will retail for $3,500 when it launches in March, and the device will let you watch widescreen movies without the need for the black bars that you get on standard HDTV’s. 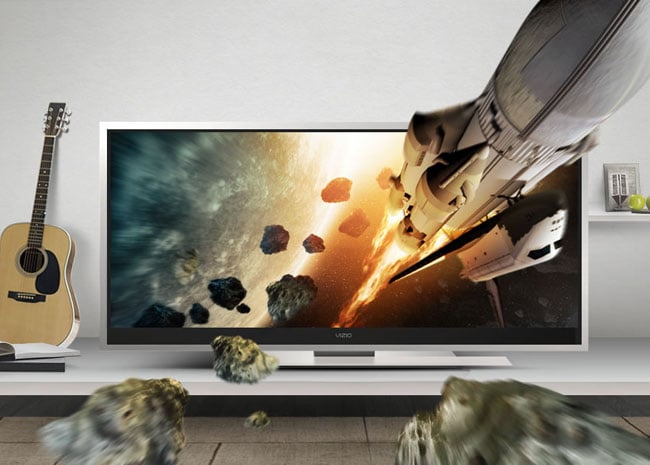 It will also upscale 16:9 ratio videos to fit the 58 inch display which features a 2560 x 1080 resolution, and the HDTV also features passive 3D and comes with four pairs of 3D glasses.

As well as being able to watch you favourite movies in the 21:9 format, the Vizio 21:9 CinemaWide LED HDTV also comes with a range of built in applications, which include Facebook, Twitter and more.

You can find out more information on the Vizio 21:9 CinemaWide LED HDTV over at Vizio, and it will be available in march for $3,500.