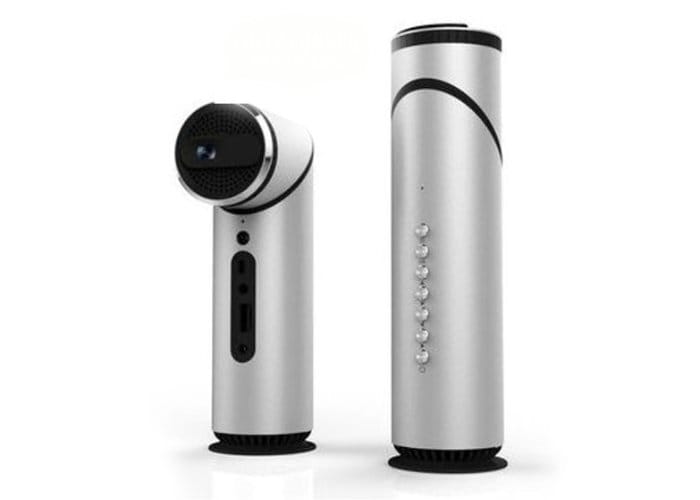 The development team at Provision 369 have created a portable smart projector which is equipped with a rotating lens and wireless connectivity. Watch the demonstration video below to learn more about the pocket sized smart projector which has this week launched by a Kickstarter to raise the required funds it needs to make the jump into production. With still 29 days remaining on its campaign the team of already secured the $10,000 required to make the jump to the next phase of production.

Features of the Vision 369 smart projector include one step mirroring, as well as multiple streaming options that can be sent wirelessly via a number of different applications and services such as MiraCast, ChromeCast, Airplay, MIDI n DLNA.

Enclosed in an aluminium case the internal rechargeable battery has been specifically designed for low power consumption to offer a portable entertainment system that you can take anywhere to project an image from 40 to 180 inches in size saying its creators. Specifications for the smart projector include :

For more details and to make a pledge from $239 or roughly £179 jump over to the official Kickstarter campaign page by following the link below. Current pledges are offering a 40 percent discount off the recommended retail price Of $399 which will take effect when the campaign comes to an end.