Game researches at the University of Abertay Dundee have developed a virtual camera based on the same techniques pioneered in James Cameron’s Avatar movie for less than $200.

The new method of virtual filming called Simul-cam pioneered by Cameron allows the recorded image to be processed in real time before it appears on the directors monitor. 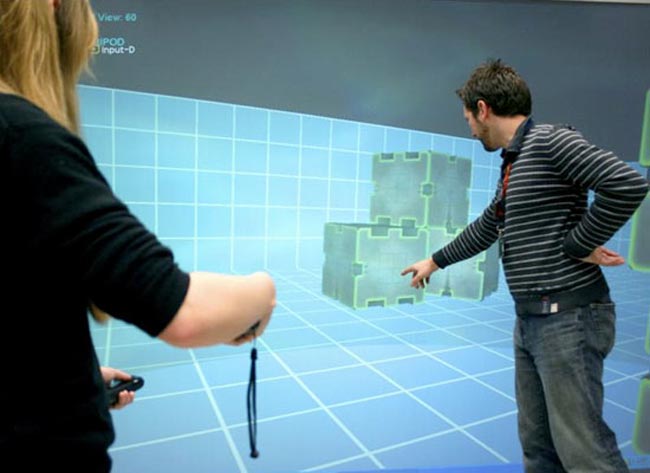 The team led by computer games technology lecturer Matt Bett, have linked the power of a virtual camera – where a computer dramatically enhances what a film camera could achieve – using a motion-sensor. This allows completely intuitive, immediately responsive camera actions within any computer-generated world.

“Avatar is a fantastic film in terms of its technical achievements. To push the boundaries of filmmaking required the creation of brand new techniques, which is staggering. What the Simul-cam technology allows is a kind of augmented reality, where the computer-generated world can be seen immediately.”

The system is currently on show at the EoN conference during this year’s digital arts festival at the University.