Vimeo has rolled out a new update to its iOS application this week taking it to Vimeo 2.0. The update comes just under a year since the launch of the original iOS application, and brings with it a number of great new features for iOS owners.

The new Vimeo 2.0 brings with it support of Apple’s iPad with a specially tailor made iPad user interface, and is compatible with iOS devices running iOS 4.3 and above. 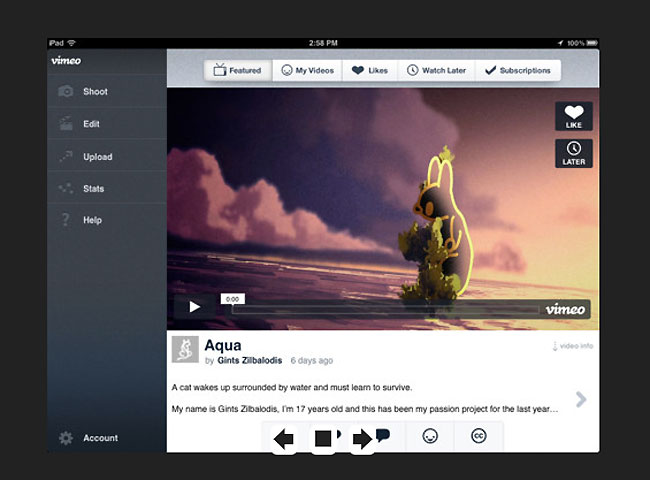 As well as supporting the iPad the new updated application also now enables you to edit, manage, upload and watch your videos right on your iOS device. Allowing you to watch one while you browse for another. Joseph Schmitt, lead mobile developer at Vimeo explains in and interview with the Venture Beat website.

“We’ve seen mobile traffic triple since we launched our original iPhone app in early 2011,” – “Now, we’ve taken what we learned while creating our previous apps and applied it to the updated iOS to improve overall design and usability. We’re especially pleased with the awesome iPad user interface, which the Vimeo community has eagerly awaited.”

You can now download the new Vimeo 2.0 iOS application directly from the Apple iTunes App Store.