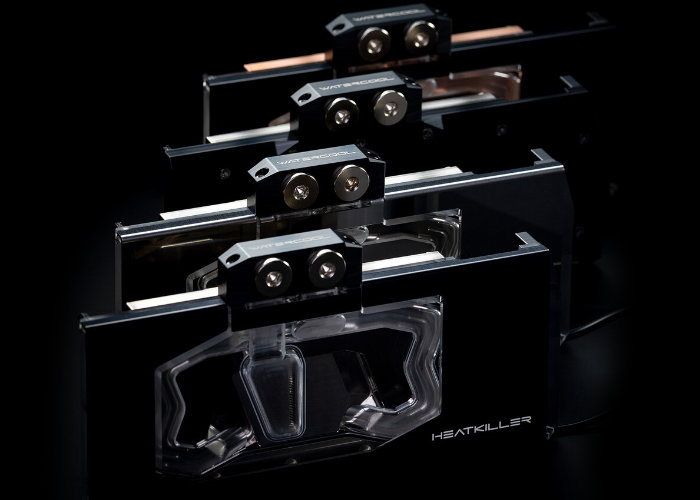 WATERCOOL has this week announced the launch of its new HEATKILLER V-VGA water cooler. The standard Heatkiller V-VGA version is designed for short manufacturers circuit boards, while the XL version was specially adapted for cards such as the Zotac Trinity or Inno3d ICHill to achieve optimum cooling performance. The HK V will be available in the next few days from selected retailers as well as directly from Watercool’s online store, but with some delay.”The focus of our development has always been to improve the deliverable performance.” Rico Weber, WATERCOOL CEO.

“The inflow to the cooling structure has been completely reworked. It now is placed with a vertical offset above a second level. The inlet and outlet channels cross each other, but are spatially separated from each other. The new design allows a symmetrical arrangement of the cooling channels. The advantage of the symmetrical design is a steady flow through the heat sink. Dead zones and hotspots are thus effectively avoided. At the same time the windage is reduced. “

“With the new design of the HK V there are no more screws in the visible area, which gives the cooler a very clean and unique look. The two acrylic nickel versions also feature integrated aRGB illumination. Here Watercool uses an LED strip with an immensely high density of 144LEDs per linear meter. This unusually high number was intended to provide adequate illumination.”