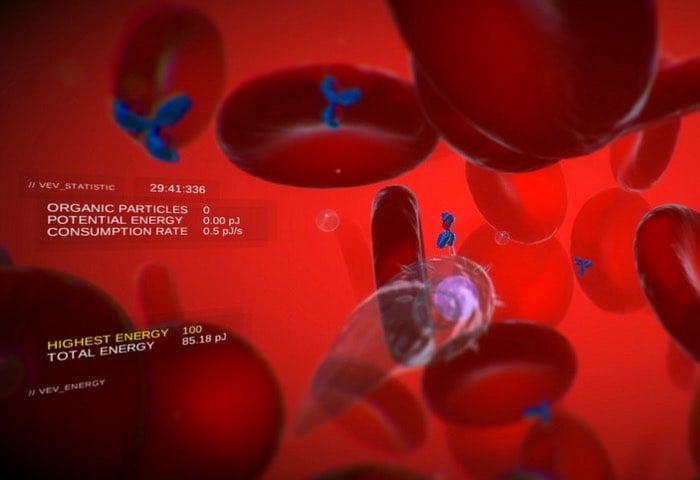 The tag line of the unique game is “survival on a microscopic scale” and it offers gamers a different take on the arcade-style survival gameplay, say it developers, Check out the announcement tailer below to learn more and see a little gameplay.

The player assumes the role of a busy microbiologist in the not-so-distant future, whose research partner has taken off for the week for some much-needed R&R. Players will find they’ve been tasked with sifting through their partner’s notes, and completing their team’s work: researching biological samples using a nanoscale artificial organism capable of surviving in a multitude of familiar and foreign microscopic environments.

Dubbed the “Virtual Eukaryote Visualizer,” or VEV for short, this tiny, artificial protist acts as a surrogate explorer, similar in many ways to the unmanned aerial vehicles, or UAV drones, that we are familiar with today.

Rather than being a remote-controlled aircraft, however, it is a durable biological machine, remotely-controlled through an augmented reality computer simulation that allows the user to see the surrounding microscopic environment, only on a massive scale. Worlds normally smaller than the head of a pin become vast expanses to be navigated, owing to the technology of the quantum confocal microscope, or QCM, hardware that powers the VEV interface.

For more information on the new VEV Viva Ex Vivo PS4 game jump over to the PS Blog website for details via the link below.