Vertus Audio has launched a new pair of wireless Bluetooth stereo adapters over on the Kickstarter crowd funding website, which have been designed to send audio to two Bluetooth or portable speakers at the same time, using CSR’s TrueWireless Stereo technology.

Vertus is a system consisting of two specialised Bluetooth receivers, one for each speaker left and right. Watch the video after the jump to see it in action, and learn more. 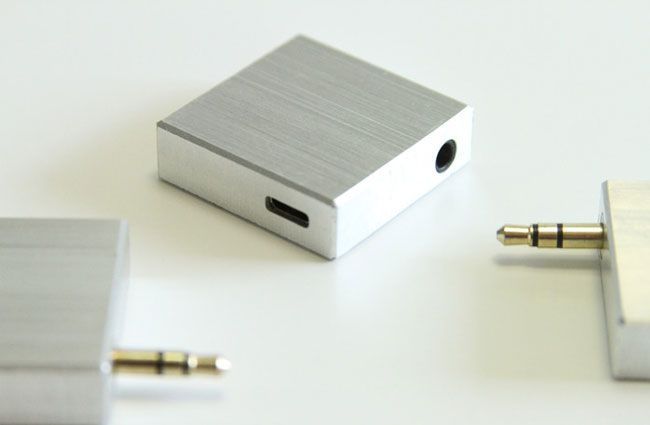 “Despite to its thin design, Vertus has an exceptional battery which lasts for at least 10 hours. Vertus is smart. It doesn’t need any buttons. Tap it twice, it will tell you how much battery is left by blinking the LED, and tap it three times to pair it with your Bluetooth device. To keep its simple design, Vertus does not have any plugs for charging. It is charged through the same 3.5mm jack when plugged in to the supplied charging station which itself is powered by a standard micro-USB port.”