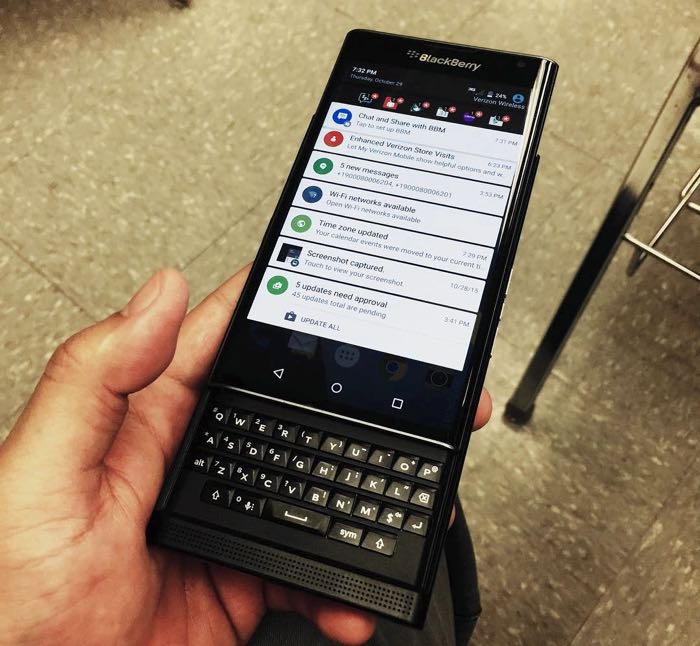 When the new BlackBerry Priv smartphone launches next month, the handset is not expected to be available on Verizon.

Now it would appear that the handset will land on Verizon Wireless some time in the future, as a picture of the Verizon version of the device has appeared on Instagram.

The BlackBerry Priv will come with Android and will also come with a range of BlackBerry apps and security features.

The handset will features a 5.4 inch curved display with a QHD resolution of 2560 x 1440 pixels, processing is provided by an octa core Snapdragon 810 and there is also 3GB of RAM.