That was unveiled in September together with Valve’s new SteamOS and Valve Steam machine hardware which has been specifically design for gamers to enjoy. 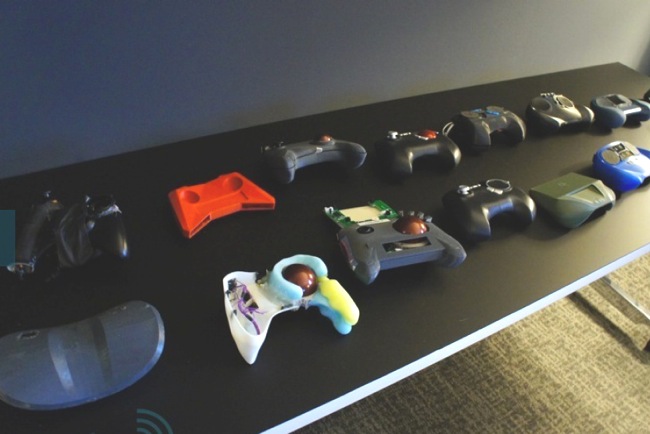 As you can see from the range of prototype controllers on in the image below, Valve tried a number of rather radical designs before deciding to use the one pictured below. Valve’s designer Greg Coomer explains :

“We were watching other platforms like the Wii innovate in input, and the PC was stagnant. The mouse and keyboard was basically decades worth of static; lack of innovation there”.

He continues explaining that the Valve developers sued the internal working of a Razer Hydra controller but “changed the form and function of the controller considerably.

“It’s a break apart motion controller where there were gyroscopes or magnetic sensors in either path, to sense orientation and position,”-“There were also buttons under all your fingers here. A sort of hi-hat thumbstick. So it was really a Frankenstein.” 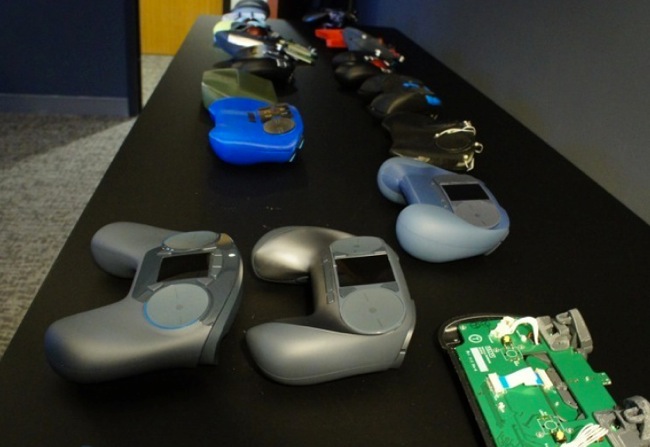 The new and final design for the Valve Steam Controller is expected to be made available to the public sometime next year. But if any further information’s unveiled or leaked regards a release date or similar we will keep you updated. 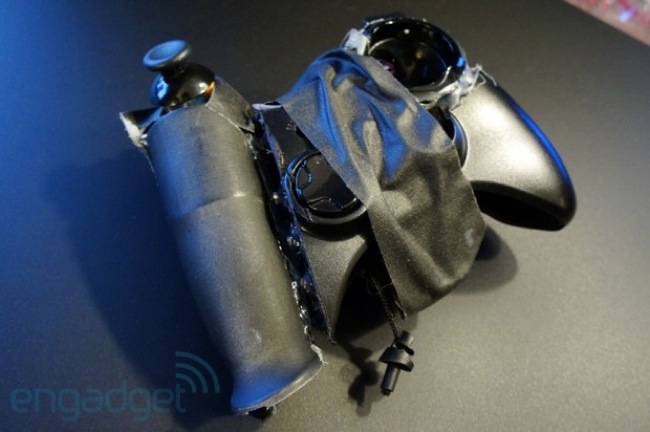