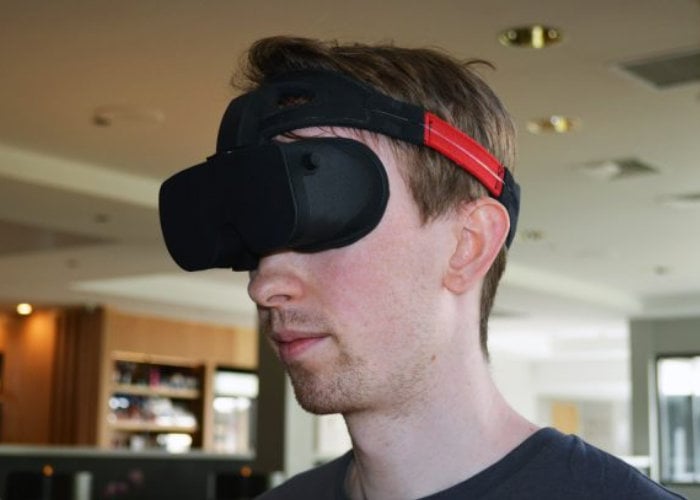 It has been revealed this week that German start-up Vality is currently in the process of developing a compact virtual reality headset, capable of offering users a “near-retina resolution”. Earlier this week the team over at Road To VR were able to enjoy an exclusive hands-on demonstration of an early prototype and has published its first thoughts and findings.

The inspiration behind the new compact high resolution Vality headset, is to provide a next-generation headset capable of offering more comfort by drastically reducing the weight and size of the hardware, yet still maintaining ultra high resolutions for full immersion.

The current prototype weighs just 200 grams roughly half that of virtual reality headsets currently on the market although it is equipped with 3DOF tracking, Vality is currently working on integrating full 6DOF tracking with an inside-out solution. Vality is developing their headset for the enterprise market and is currently in the proof of concept development stage, meeting with a number of Silicon Valley companies this month.

Unfortunately the development team at Vality are aiming to launch the new compact high resolution VR headset sometime during Q1 2021. But as soon as more details are announced including specifications, availability and pricing we will keep you in the loop as always. In the meantime jump over to the Roads To VR website by following the link below for more details.