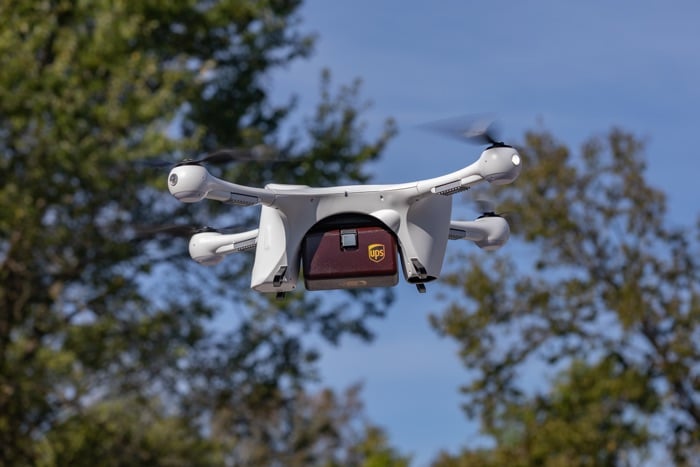 UPS has announced that they have received approval from the FAA in the US to operative delivery drones to deliver parcels to their customers.

The company has said that it will initially expand its drone delivery service to hospitals in the US and healthcare organizations.

The U.S. Federal Aviation Administration (FAA) awarded UPS Flight Forward a Part 135 Standard certification on Friday. The UPS subsidiary immediately launched the first drone delivery flight by any company under Part 135 Standard at WakeMed’s hospital campus in Raleigh, N.C. That flight, using a Matternet M2 quadcopter, was flown under a government exemption allowing for a “beyond visual line of sight” (BVLOS) operation, also a first in the U.S. for a regular revenue-generating delivery.

“This is history in the making, and we aren’t done yet,” said David Abney, UPS chief executive officer. “Our technology is opening doors for UPS and solving problems in unique ways for our customers. We will soon announce other steps to build out our infrastructure, expand services for healthcare customers and put drones to new uses in the future.”

You can find out more information about UPS’s plans for their drone delivery in the US over at their website at the link below.