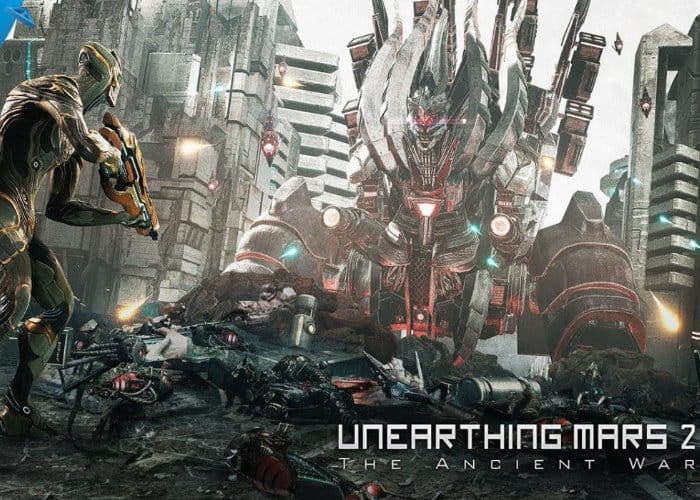 A new gameplay trailer has been released providing a glimpse at what you can expect from the storyline and new combat mechanics from virtual reality shooter Unearthing Mars 2. Available to play on September 18th, Unearthing Mars 2 is now available to preorder for the PlayStation VR hardware and features slow-motion superpowers, distinctive weapons with PSVR Aim Controller support, and challenging boss battles, say its developers. Check out the announcement trailer below to learn more.

Eleanor Liu explains a little more about what you can expect from the game. “Our first PS VR title, Unearthing Mars, was released in 2017. It highlighted the potential of VR gaming by introducing a different gameplay mechanic in each chapter. This second instalment continues the adventures; however, this time it will be a complete FPS title, featuring shooter gameplay from the last chapters of the first game that fans loved so much. You are equipped with a PS VR Aim Controller to take down enemy foes as you travel back in time to an ancient Mars civilisation. The new gameplay enables you to shoot enemies as you comfortably manoeuvre in and out of action-packed combat.”

“Unearthing Mars 2: The Ancient War continues the adventures of Unearthing Mars. However, this time you can use your PS VR Aim Controller to take down enemy foes as you travel back in time to an ancient Mars civilisation. The new gameplay enables you to shoot enemies as you manoeuvre in and out of combat without feeling nauseous.“

For more information the Unearthing Mars 2 futuristic FPS VR shooter jump over to the official PlayStation blog by following the link below where Eleanor Liu Marketing and PR Manager from Winking Entertainment explains more.