An interesting project on show at the Computer-Human Interaction Conference in Vancouver combine two Microsoft Kinect devices and a projector, together with a large acrylic global and some custom software and hardware. To present a 360 degree view of an object and which can then track a viewers movements and be controlled by gestures.

“Project Snowglobe” has been designed by students from Queens University and has a hemispherical mirror mounted inside of an acrylic sphere on to which the projector displays its image. Watch the video after the jump to see “Project Snowglobe” in action. 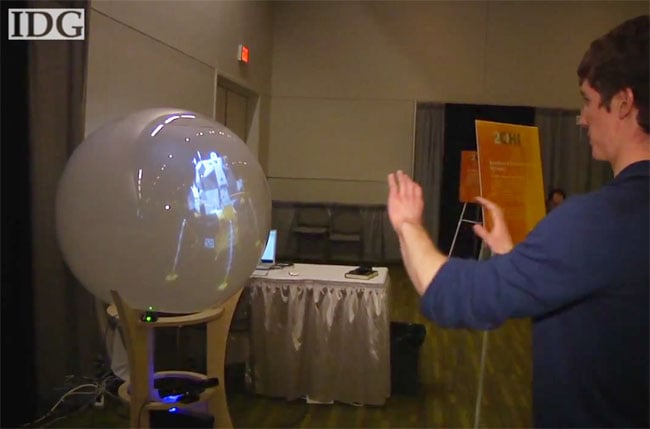 The imaged viewed within the globe is not actually in 3D but is moved as the viewer moves around the globe and is tracked by the two Kinect devices.