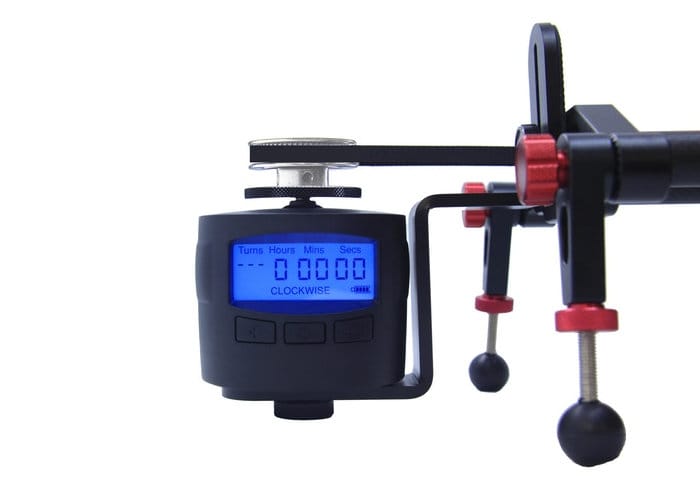 “This kit allows you to motorise most common sliders. The Slider Edition TurnsPro acts as the slider motor and the timing belt attaches to the slider carriage to smoothly move the camera along the slider. The TurnsPro: Slider Edition has the following features: The TurnsPro : Slider Edition, will provide 10 hours of movement on 4 x AA batteries. It can be programmed to move the length of any slider in a single movement, or it can go back and forth along the slider, something the original TurnsPro was not capable of doing. This is very useful for videographers who want to set up a camera and leave it running back and forth, whilst they get on with more filming. It can move your camera (up to 3 Kg) when setup on the slider, at speeds which are fast enough for real time (for videography) or for timelapse. You could even experiment with different size pulleys to increase the speed further. With the supplied pulley, it will move up to a maximum speed of 10cm in 16.2 seconds.”

The camera slider motor kit is now available to back via Kickstarter with early bird pledges available from £60 and worldwide delivery expected to take place during August 2018. For full specifications and a complete list of all available pledges jump over to the official Kickstarter crowdfunding campaign page by following the link below.