It works the same on an iPod touch too. Called the iPhly and created by an RC enthusiast app developer, the iPhly is an app/gadget system that works like a universal remote for RC airplanes. Once the app is purchased from iTunes, attach the iPhone on a specially molded dock that transmits the control signals to the aircraft. Apparently it can also be used for RC trucks. 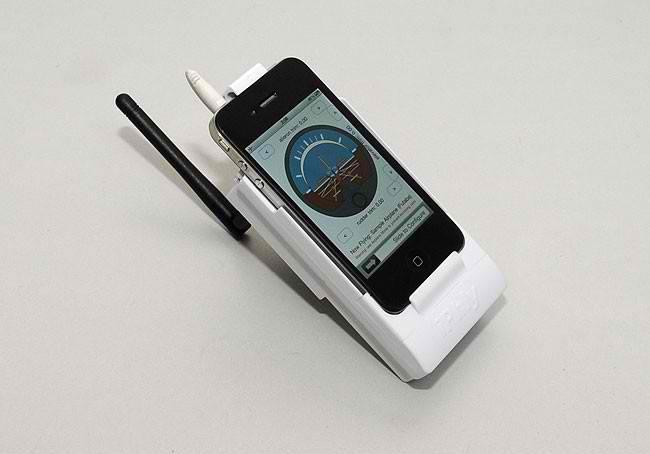 Here’s a good chunk of explanatory text from the product page:

You can use one transmitter for all your models. Even low-end iPhones come with 8Gb of storage. I find it humorous that in 2011 some transmitters cost hunderds of dollars and come with only Kilobytes! Some of them limit you to 20 or 30 models.

iPhly lets you store thousands of models (including mutiple variants of the same model for testing settings). You can use the integral camera on iPhone to photograph your models and store the pictures as part of the model profile. You can use the on-screen keyboard to give your models long, desriptive names. No more scrolling through the entire alphabet to pick out letters on a 7-segment display. iPhly lets you use your iPhone’s beautiful, high-resolution, full-color touch screen for configuring your models.

The iPhly package costs  $134.99 while simply buying the case sets you back $99. Not bad for all the fun it entails.