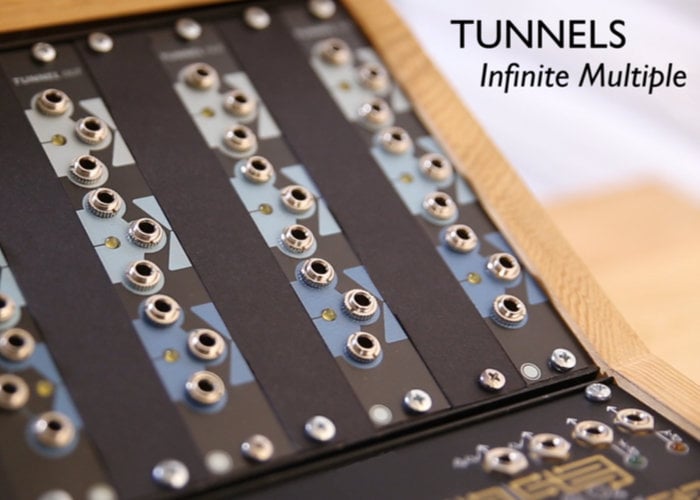 The sound and development team at Olympia Modular have created a new type of eurorack utility in the form of Tunnels, which allows users to duplicate the route signals across your modular synthesizer. Checkout the demonstration video below to learn more about the accessory which has this week taken to Kickstarter and is now available to back with earlybird pledges available from $75 or roughly £59.

If all goes well shipping throughout the United States is expected to commence sometime around June 2019.“Tunnels is a new type of Eurorack utility module that allows you to duplicate and route signals across your modular synthesizer. We call it the “Infinite Multiple,” but you could also describe it as an “Inter-Panel Buffered Multiple,” or perhaps a “Mult Bus.”

“TUNNELS is comprised of two distinct modules : TUNNEL IN and TUNNEL OUT. The TUNNEL IN module by itself is a buffered multiple, duplicating an input signal to create multiple outputs. The TUNNEL OUT module expands the TUNNEL IN module to add additional outputs at another location in your synthesizer. TUNNEL OUT modules can be chained together infinitely to create massive buffered multiple banks or send common signals like clocks and 1v/oct signals to strategic locations in your synth.