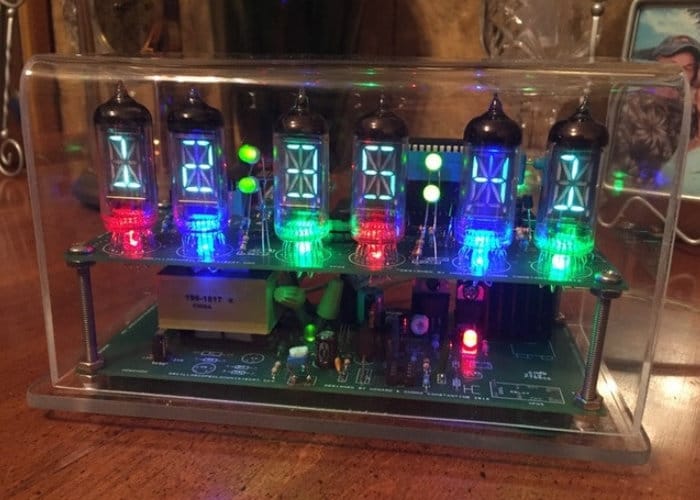 Watch the demonstration video below to learn more about the latest creation from Howard. “The IV-17 have sixteen segments which can imitate letters as well as numbers. The text can be programmed using your device to connect to the wifi module, and can hold 18 characters (including spaces) which will scroll through the tubes on display every minute from 50 second count to 0. “

“The wifi module also provides accurate time via the network, and the date can alternatively be displayed on seconds count 50-53. Choice between displaying time, text message or date can be made “on the fly” without interrupting timekeeping or losing the text message. Also, it is possible to select a preset time zone anytime which is then stored in EEPROM memory so it will be retained when power is off. A preset “on” and “off” time can be set for the tubes so that they will power on & off automatically at the pre-selected times, while the microcontroller continues keeping time.”

If you are interested in building your very own VFD clock II jump over to the Kickstarter crowdfunding website by following the link below, where pledges are available from $45 or roughly £35. With worldwide shipping expected to take place during December 2018