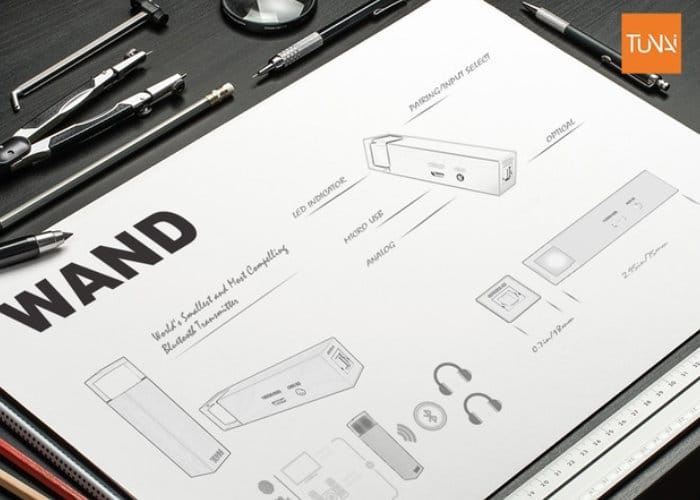 A new Bluetooth transmitter has been created by Tunai Creative in the form of the Tunai Wand created to provide users with dual aptx low latency and long range 164ft or 50m transmission. Other features include three audio inputs including micro USB, RCA, USB and optical together with a magnetic mount. Watch the demonstration video below to learn more about this compact Bluetooth transmitter that measures just 18 x 18 x75mm in size and its range of features. 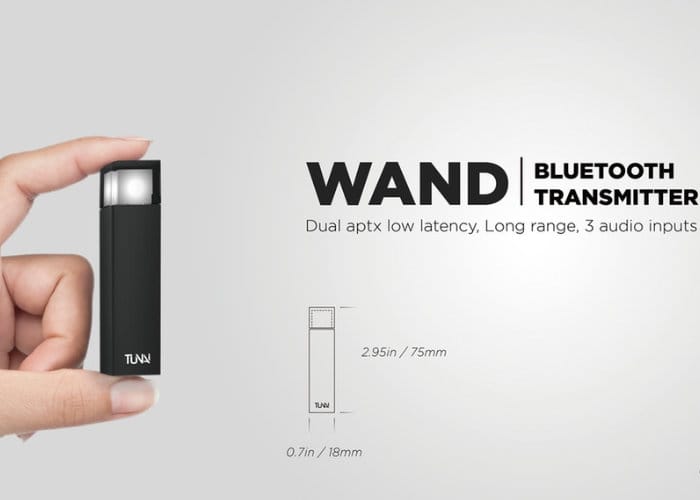 Constructed from analysed aluminium the small pocket size Bluetooth transmitter is now available to back via Kickstarter with early bird pledges available from $35 or roughly £27. If goes to planned worldwide shipping is expected to take place during October 2018.