Tumblr for Android has received a new update which has brought with it a brand new user interface for users. Which includes new buttons and colour scheme providing a cleaner easier to use interface for the service.

Another new additions provided by the new update include improvements to the applications speed whilst browsing photos, as well as when loading blogs and interacting with them. 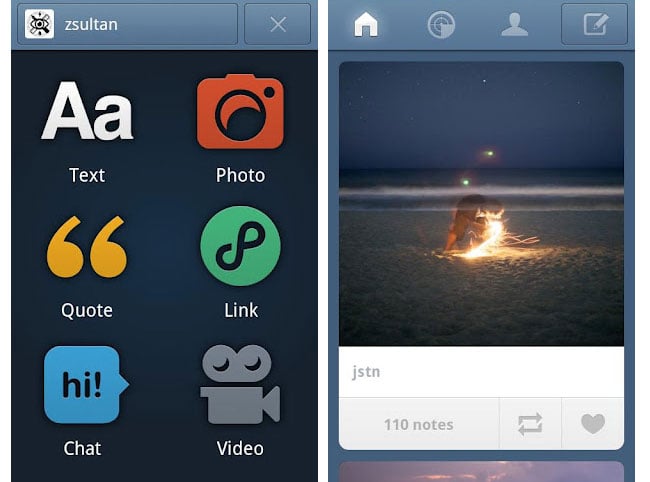 Now the Android application has been updated with the new slick user interface, its left the iOS version looking a little dated and sorry for itself. So lets hope there is an update incoming for iOS users soon as well.

Tumblr is a microblogging platform and social networking website, owned and operated by Tumblr, Inc. The Tumblr service enables users to publish multimedia and other content to a short-form blog, named a “tumblelog.”

The newly updated Android Tumblr application is now available to download for free from the Google Play Store.