When I was a kid, I was always thinking that it would be cool to get my sleeping bag and camp out in one of those giant concrete pipe things that the city always left sitting around. I’m not sure why I thought that would be so cool looking back. If you thought the same thing, are now all grown up, and can go to Mexico in your own I have your hotel. 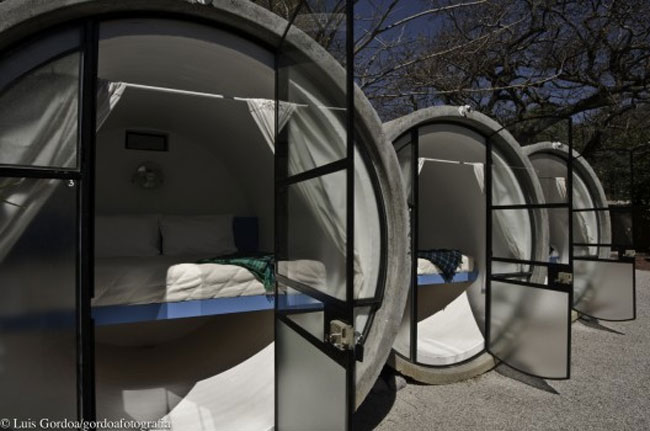 This hotel is called the TuboHotel and it puts most of the concrete tubes in pyramid stacks with two on bottom and one on top. Each of them has a platform bed in the middle that appears to be full size. The accommodations are certainly minimalist in nature, but man are the rooms cool.

I see space under the bed for your stuff and what appears to be an AC vent on the main compartment. The hotel has a series of 20 rooms scattered around a rustic setting outside of Tepoztlan, Mexico. I wonder if these hotels rooms are near any of the Mayan ruins in Mexico.