When it comes to pens, they have been the same since the disposable first popped up. You get a roller ball tip with a tube of ink in various colors. The rolling ball puts the ink on the paper so you can write. What is the same about most disposable pens is the fact that the straight stick can’t hold a large amount of ink. 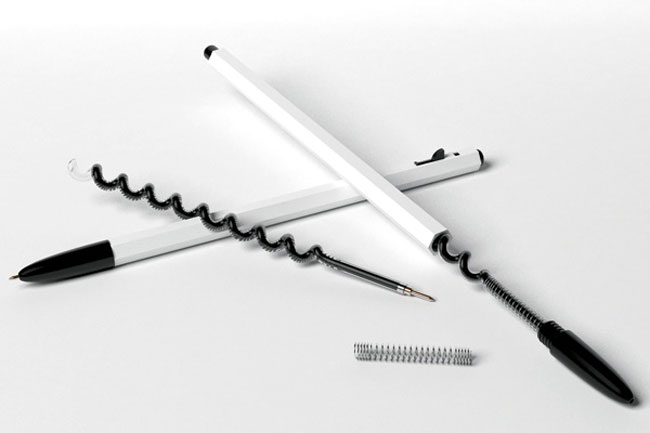 A new concept pen has surfaced called the T&T Pen-ink Chamber. It has a design that is so simple I can’t believe no one has made this before. The ink cartridge has a spiral shape to it allowing for more volume. The spiral cartridge can hold twice the ink of a straight cartridge.

Holding twice as much ink not only means that you won’t be having to replace your pen as often, it also makes the concept pen greener. The T&T concept will last twice as long meaning you will throw half as many pens into the trash.