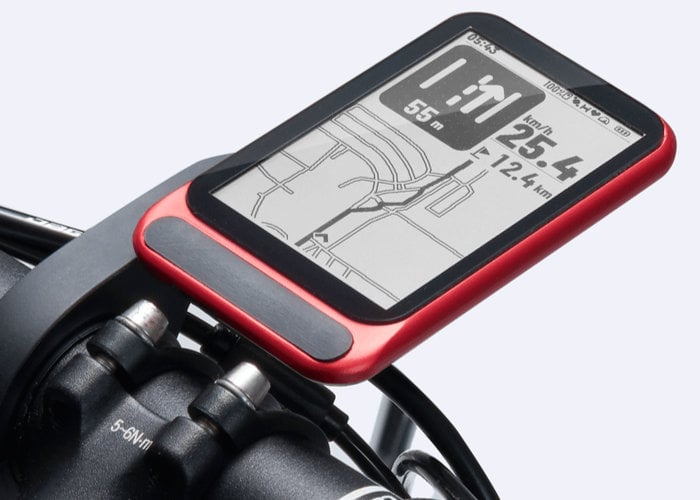 Cyclists may be interested in a new cycling computer created by Trimmbike based in France, which is this week launched via Kickstarter with early bird pledges available from €189 or roughly £170. If all goes well worldwide shipping is expected to commence sometime around April 2019. “Slim and stylish aluminum body cycling computer with energy saving technology and solar charging capability.” Watch the demonstration video below to learn more about the Trimm One cycling computer.

The development team behind the Trimm One cycling computer explain more about its inspiration, design and functions. “What would be the most important factor of a cycling computer screen? Size? Resolution? Contrast? Low power consumption? The 3.2” Sharp memory LCD™ satisfies them all. 200 dpi resolution and high contrast ensures tireless and precise readability. An unprecedented smooth design for a cycling computer, the trimm One is built in luxurious aluminium casing. Various metallic colours are available for those who fancy unique touch on their bikes. Large screen does not equal bulky appearance. The trimm One is record-thin 8.5mm thick, and may well outdate your own smartphone’s design.”

“Wondering how much battery life lasts in this thin device? When the majority of the bike computers bulge up with bulky batteries inside, trimm One’s innovative and smart battery management technology is designed for long hours of riding with minimal electrical power. It can operate up to 150 hours in conjunction with a smartphone assistance mode. Through collaboration of various built-in sensors such as GPS, gyros, accelerometers, altimeters, external speed sensors and mobile phones, power consumption for location tracking is minimised. Even without the aid of smartphone, trimm One stays up to 30 hours alone when a speed sensor assists.”

For more details and full specifications jump over to the official Kickstarter crowdfunding campaign page by following the link below where over 200 backers have already helped raise over €50,000 still 41 days remaining on the campaign.