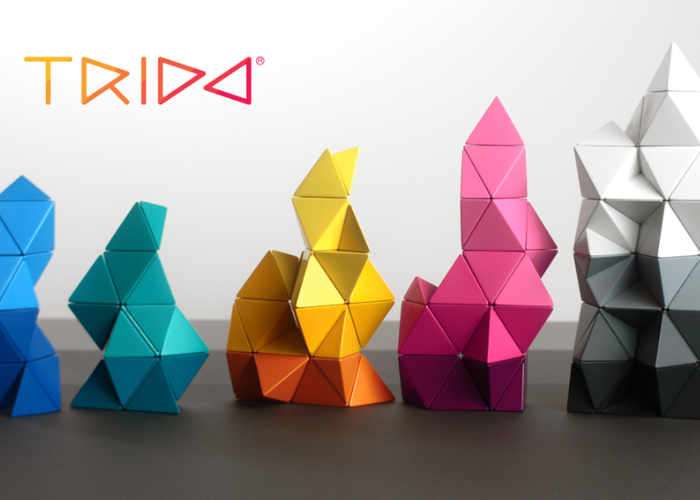 Artur Tikhonenko based in London has created a new magnetic construction toy called TRIDO, which he has this week launched via Kickstarter to help raise the £32,000 he requires to take his concept into production.

Watch the demonstration video below to learn more about their form and function, as well as the way they can be used to create a wide variety of different designs and promote imagination and creativity in children.

Your imagination isn’t limited, so why should your creations be? TRIDO is a toy for all ages, perfect for any number of uses, including fidgeting, relaxation, idea boosting, and playtime.You can play with TRIDO on your own or in a group, and you can even invent your own TRIDO uses.  TRIDO will unleash the world of 3D geometry right before your very eyes.

Children can explore concepts in science, geometry and math, while they develop motor skills, reasoning, and dimensional and spatial thinking. But most importantly, they’ll have fun while doing it.  The play is not just essential for kids; it can be an important source of relaxation and stimulation for adults as well. Playing is a sure and fun way to fuel your imagination, creativity, problem-solving abilities, and emotional well-being. Creating stuff with Trido is easy and satisfying.

For more information and to make a pledge from just £29 for earlybird backers with shipping expected to take place during September 2017 jump over to the official Kickstarter campaign page via the link below.