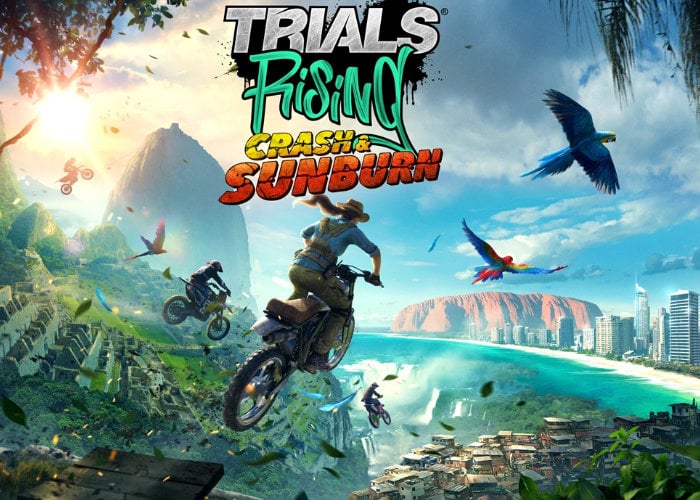 This week the new Crash & Sunburn expansion for the Trials Rising multiplayer racing game developed by RedLynx and Ubisoft Kiev has rolled out, and is now available to play on PC, PlayStation 4, Xbox One and Nintendo Switch. The second expansion for the game Ushers in a new season, two new track packs, customisation items, and a Halloween-themed event.

“Trials Rising Crash & Sunburn brings players on a journey below the equator to traverse the Amazon rainforest, admire Inca ruins, go on a safari and discover Antarctica. With 37 new tracks set across South America, Africa, Australia and Antarctica and two new fun bikes, players will also be able to obtain the new Jungle Explorer outfit, perfect for any adventure in the Southern Hemisphere.

Crash & Sunburn also features two new fun bikes designed to put players to the test: The Turtle and The Alpaca. The Turtle features a roll bar that will both protect the rider and give riders a new way to ride. The Alpaca challenges players to completely rethink handling the bike with the shocking twist of front-wheel drive.

Season 3, Welcome to the Future, brings a wealth of new customization items for players’ riders and bikes. These new items will be released regularly throughout the season including two new rider outfits, the Cyborg and the Space Suit. The outfits will also be accompanied by two new bikes skins, the Robo skin for the Mantis and the Space Rover skin for the Rhino. In addition to these outfits and skins, Season 3 will also bring three futuristic style headlights and 10 new themed helmet accessories.”