Transformers and gaming fans will love this new Xbox 360 case mod, inspired by Bumblebee from the Transformers movies, this latest Xbox mod was created by Mark Bongo from Major League Mods.

Mark decided to install an Xbox 360 Slim inside a remote control Camaro, and in the video below you will see that the DVD tray comes out of the front of the car, and the rear window is an 8 inch LCD display. 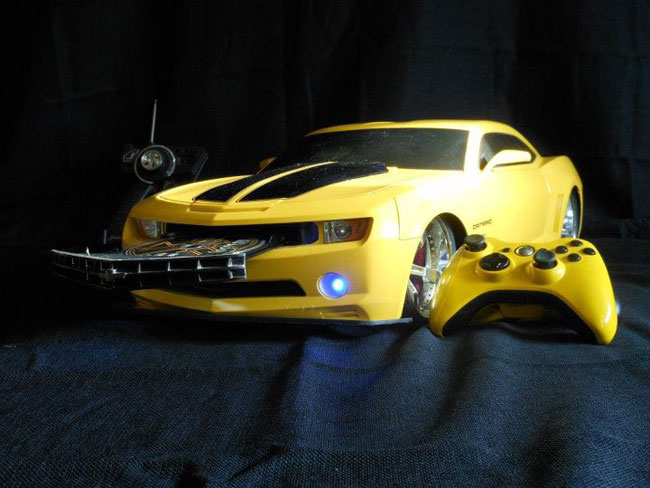 You can find out more information about this fun Bumblebee Xbox 360 mod over at Major Leage Mods.