The photo below show Ubuntu on the Transformer Prime, although it would appear that there are a couple of issues which need to be worked on, as there is no support for the touchscreen as yet, although it is working with a Bluetooth mouse for Navigation. 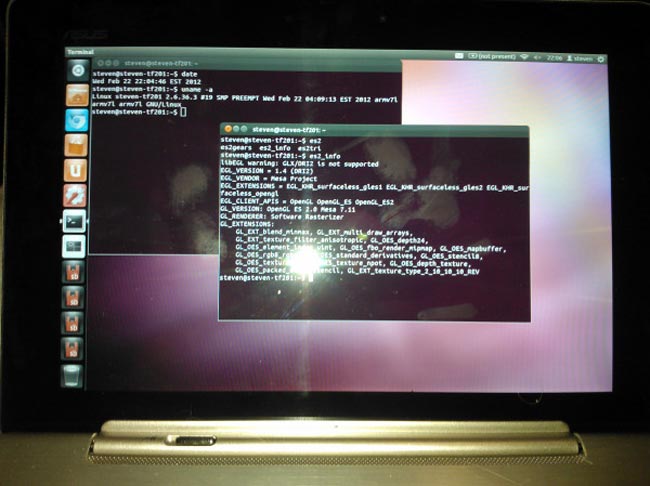 It looks like this is the first native port of an OS to the Transformer Prime tablet, and we can expect to see a few more over the next few weeks now that the unlocked bootloader is available.