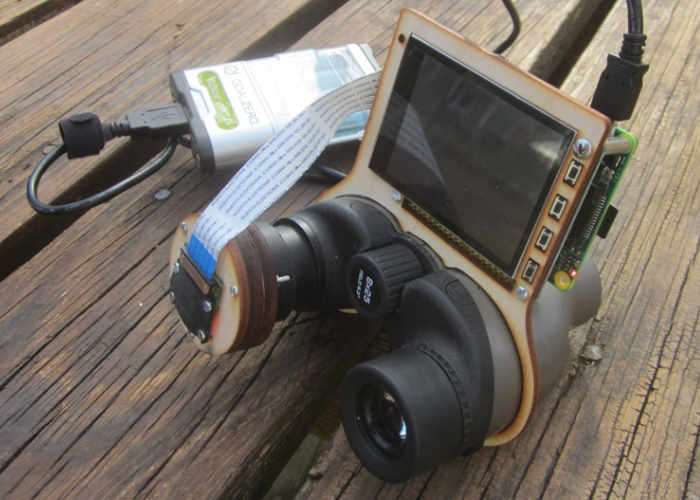 We first featured the awesome Pinoculars Raspberry Pi project back in 2016, which is capable of transforming your standard binoculars into a set of long-range recording binoculars or more aptly Pinoculars.

Using the Raspberry Pi camera module and a Raspberry Pi mini PC combined with OpenCV software makes the project easy to construct. Thankfully detailed instructions have been published to the official MagPi website this week making it even easier for you to create your very own pair. 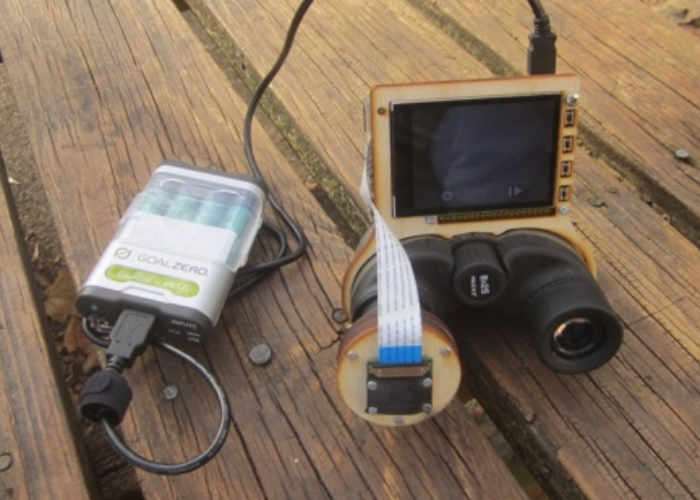 Created by digital maker Josh Williams, PiNoculars are a regular set of binoculars, with a Raspberry Pi Camera module fixed over one of the eyepieces. The Raspberry Pi is connected to the top of the binoculars along with a touchscreen display. The whole assembly is powered by a Goal Zero AA battery pack.

“I was on 18-hour road trip back from Colorado to Michigan with my wife, and I was restless,” Josh explains “I had brought the Raspberry Pi and Pi Camera Module along to play around with time-lapse photos in the mountains.”

When Josh looked at his pair of binoculars, he had a brainwave. “Raspberry Pi and Camera Module and duct tape made for a crude prototype,” says Josh.

When he got home, Josh set about refining the build. He now has detailed instructions for two different types of PiNoculars. One follows the duct tape and foam route, while the second is a more complex build using laser cutting to create a mount for the Raspberry Pi and touchscreen.

Jump over to the official Raspberry Pi magazine website for full details and instructions on how to build both versions of the Pinoculars.