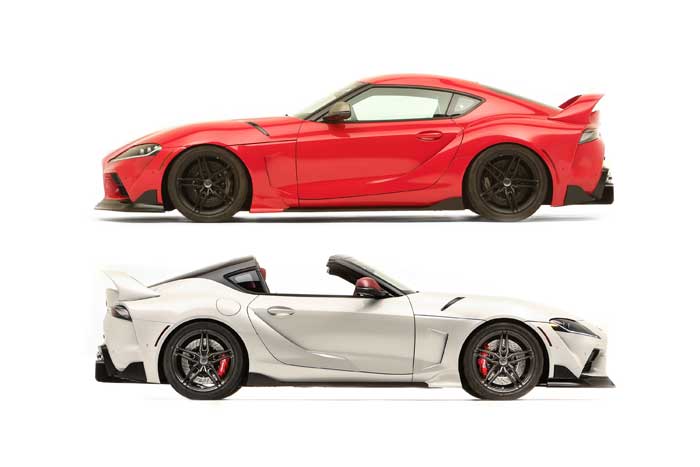 Toyota has pulled the wraps off of a very cool custom car for SEMA 2020. The car is the 2021 Toyota GR Supra Sport Top, and it’s meant to look like the MKIV Supra from the late 90s. To the most iconic features of that 90s-era Supra were the targa top and the tall rear spoiler.

Workers on the project were able to stiffen the GR Supra chassis under the roof and underneath the vehicle, so no rigidity was lost when the roof was cut off to make the GR Supra Sport Top edition. The removable top is two pieces and was 3D printed by Toyota to maintain the stock Supra roof line.

The vehicle is also fitted with a rear spoiler that looks very similar to the one from the past generation Supra. We definitely hope this car enters production, but for now, there is no indication that will happen.