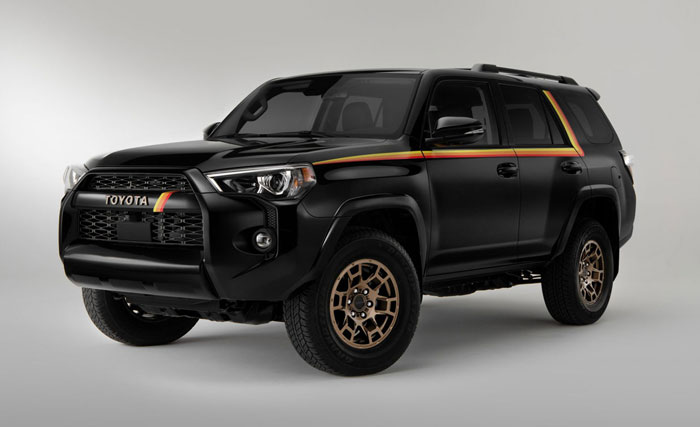 Toyota has announced a unique new version of the iconic 4Runner SUV to celebrate 40 years of adventure. The limited-edition model will be built in a run of 4040 units offered in three exterior colors. All 4040 units are exclusively available with four-wheel drive.

The model is called the 2023 Toyota 4Runner 40th Anniversary Special Edition and is based on the SR5 Premium. The three available colors include white, midnight black metallic and Barcelona red metallic. The 40th-anniversary models get bronze 17-inch wheels and a body-color heritage Toyota grille.

The vehicles also include a heritage graphics package featuring triple color stripes that look retro. The interior also has unique content, including special badging on the center console and bronze-colored cross-stitch on the shift knob and seat stitching. The seats also wear a unique 40th anniversary logo. Pricing and exact availability are unannounced.