Toshiba has created a cool advert for their new 2010 REGZA SV LCD TV range by sending a chair to the edge of space and filming it.

The chair was lifted to 98,268 feet, which took 83 minutes to get there, the chair was fitted with a helium balloon and a Toshiba IK-HR1S compact camera to film the action, check out the video below. 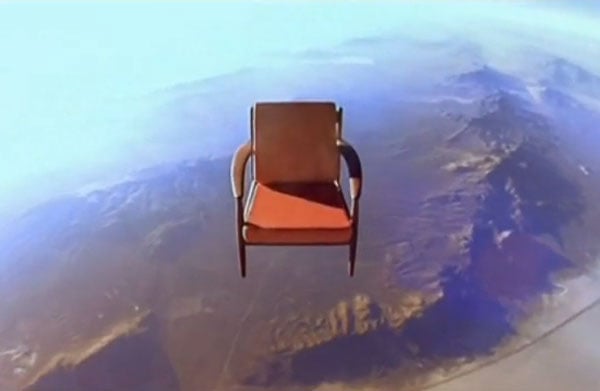 The chair used in the commercial was made from biodegradable balsa wood, and it took just 24 minutes to fall back to earth once the ballon popped.

We have no idea why Toshiba decided to send a living room chair to the edge of space, and how this ties in with their new TVs, very cool none the less.