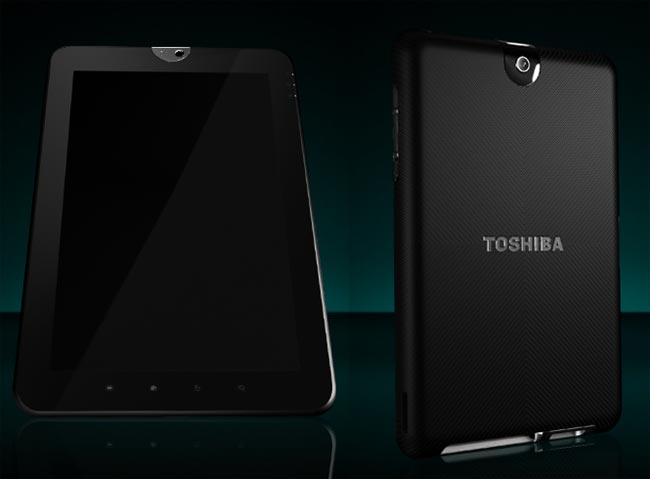 The Toshiba Tablet also comes with a pair of cameras, a 5 megapixel one on the back and a two megapixel camera on the front for video chat. On top of that it comes with HDMO, Bluetooth, a miniUSB port and a microSD card slot.

As soon as we get some more information on when the Toshiba Tablet will be available and how much it will retail for we will let you guys know.