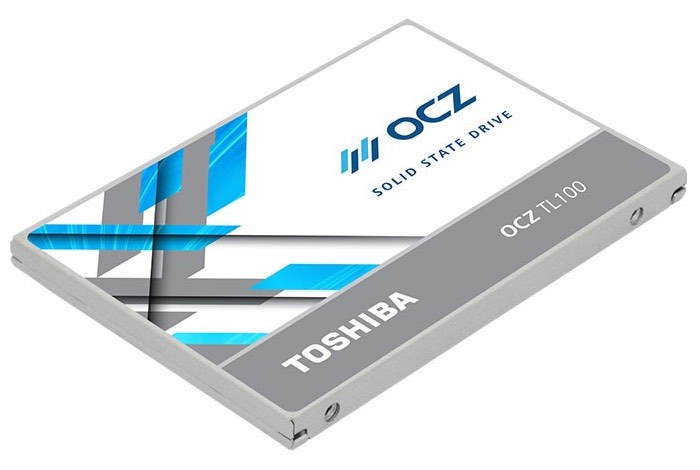 Toshiba has this week announced the launch of its new OCZ TL100 SATA solid state drive (SSD) series which has been specifically designed for entry-level users that are looking to upgrade from a traditional hard disk drive at an affordable price.

The TL100 series offers sequential read/write speeds of up to 550 MB/s and 530 MB/s, and random read/write performance of up to 85,000 and 80,000 4KiB input/output operations per second (IOPS). As well as providing low-power consumption which equates to a longer battery life on mobile devices.

The Toshiba OCZ TL100 SATA SSD series demonstrates that “value” doesn’t have to mean end-users need to sacrifice performance or quality. As an affordable upgrade option for home and office users, the TL100 series makes SSD performance and responsiveness more accessible to a wider audience.

The OCZ TL100 SATA SSD series will be available in 120GB to 240GB capacities and will be backed by a 3-year Advanced Warranty Program created to provide reliable customer service and mitigates the frustration surrounding warranty and support claims.

For more information on the new OCZ TL100 SATA solid state drive jump over to the Toshiba website for details by following the link below.