Other specification include Google’s Android 2.2 (Froyo) OS, and 16GB of built in storage, plus integrated 802.11 b/g/n/ WiFi, Bluetooth and 3G connectivity. 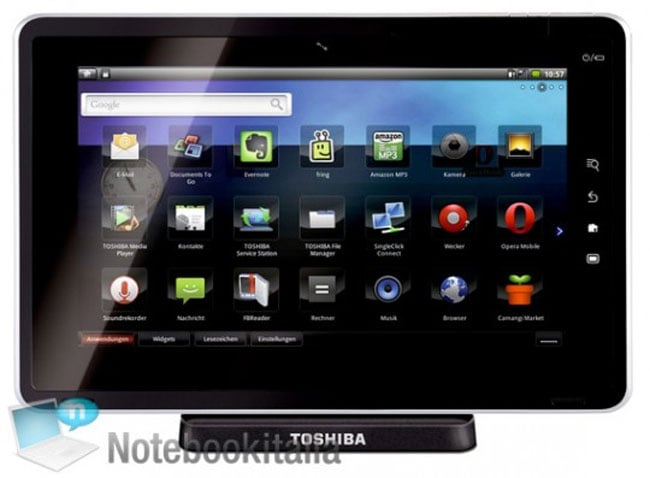 The Toshiba Folio 100 will also come with HDMI, a full sized USB port, a 3.5mm headphone jack, speakers and a microphone, a 1.3 megapixel camera and a 1020mAh battery which will give you up to seven hours of usage.

It will come with Adobe Flash 10.1, plus the Opera browser and access to Toshiba’s own App market, although it isn’t clear whether there will be access to the full android market.