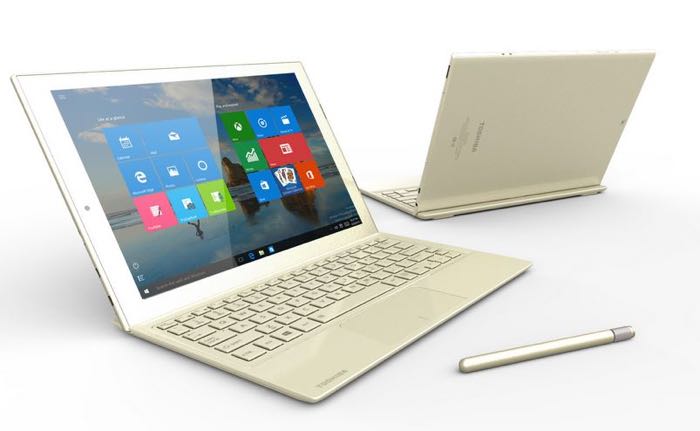 Toshiba has announced a new Windows 10 tablet, the Toshiba dynaPad and it also comes with an  keyboard dock and a stylus.

The new Toshiba dynaPad features a 12 inch display with a resolution of 1920 x 1280 pixels, it is up for pre-order in Japan and will launch in the US and Europe next year.

The dynaPad also includes updated versions of Toshiba’s exclusive suite of original business applications that enable users to easily collect, organize and share notes, images and files, including TruNote, TruCapture and TruRecorder, plus new TruNote Clip and TruNote Share apps for capturing screen clips and sharing handwriting in real time. The suite integrates seamlessly with Microsoft Office for convenient editing and collaboration. Oh, and dynaPad is perfectly suited for both right- and left-handed users – apps like TruNote can adapt to either, allowing you to maintain a normal writing style no matter which hand you prefer.

You can find out more details about the new dynaPad from Toshiba over at the Windows Blog at the link below, it will launch in the US and Europe in the first quarter of 2016.