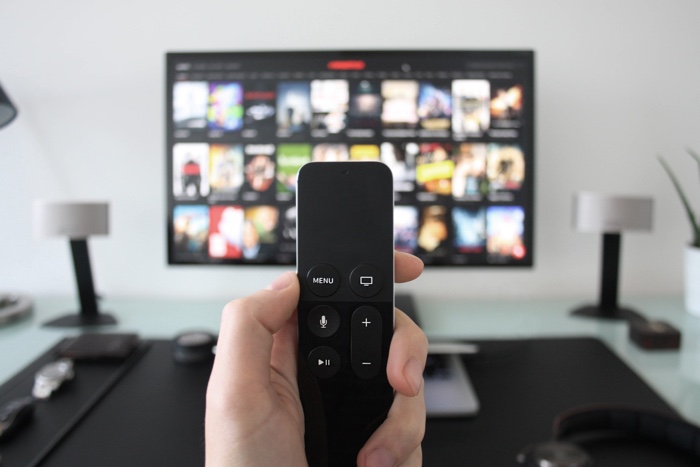 While Netflix is available in a multitude of countries, you may not have the best Netflix experience because of geographic restrictions on the content available in your country.

But while that is true for your geography, what you may not realize is that you can access any Netflix content you’d like as long as you have the best Netflix VPN. Thankfully, we have just the solution.

Netflix is Not so Geography-Neutral

Netflix packs a content-rich library in the entire streaming realm. Yet, its content catalog may differ depending on the country you live in. For instance, a German Netflix user may not be able to binge-watch the entire Breaking Bad season as the complete series may not be available in Germany.

Netflix has to erect such content barricades to avoid showing its content in regions where the streaming service doesn’t have any broadcasting license. But a VPN changes everything.

Breaking Down the Invisible Geographic Barriers

A virtual private network, commonly referred to as a VPN, hides your browser history, protects your data by using encryption protocols, and makes you appear to be surfing from a different country. It does so by replacing your real IP address with an IP from a different country. The anonymity feature of a VPN becomes more helpful when accessing content, apps, or websites that are either restricted by your government or the service provider, such as in the case of Netflix.

Though Netflix doesn’t ban users for using a VPN, it does strongly oppose it, and in fact, forbids its usage clearly in its Terms of Service. Moreover, Netflix remains in a continuous tug of war with VPN services, banning their entire IP pools and paralyzing such services from geo-restricting its content.

The good news is that there are still some winning VPN services that have ditched Netflix’s ban and continue to do so for many years.

In a saturated market, finding the right VPN service that can guarantee security and content unblocking is no less than a hassle. However, there are some quality checks that you should consider when subscribing to a top Netflix-compatible VPN service.

Security: A decent VPN service should be able to guarantee top-class encryption (security) since it is the primary feature of a VPN. Good encryption means that the VPN service provider should support the best tunneling protocols that can offer the ideal mix of security as well as excellent speeds. Only top Netflix VPNs can provide multiple protocols such as L2TP, SSTP, IKEv2, OpenVPN, and PPTP.

Accessibility: As mentioned earlier, Netflix bans any VPN services it comes across. In fact, Netflix is so relentless in its pursuit of banning VPNs that many VPN services have already thrown in the towel and no longer work around the Netflix blocks, which also means they cannot promote that they are compatible with Netflix.

That’s true for a lot of VPN companies. But some top-tier VPN providers haven’t yielded to Netflix and still unblock the streaming service.

Speed: Netflix is usually preferred over other services because of the binge-watching experience it offers. And for a continuous watching spree of your favorite entertainment, you’ll constantly require high streaming speeds with zero buffering.

So not only do you need a VPN that can let you access Netflix, you need one that can give you the highest speed with a zero-buffering experience.

Regrettably, not every VPN that can unblock Netflix provides users with zero-buffering experience, mostly because they can’t maintain the infrastructure and ongoing maintenance to keep their systems updated with state of the art technology. Top Netflix VPN services aren’t bothered by slow speeds at all as they boast of top-notch VPN servers dedicated to streaming services, notably Netflix.

Multi-Device Compatibility: Netflix offers support for a wide range of devices, including Android, iOS, Mac, Windows, and more. Obviously, a good Netflix VPN should be able to work on all those devices that Netflix supports and even more. For instance, premium VPNs like PureVPN lets you unblock Netflix and watch your favorite flicks on not only the traditional devices but also on gaming consoles, Apple TV, Android TV, and others.

Keeping all that in mind, here is a list of the five top-ranking Netflix VPNs that still work in 2020.

PureVPN ranks at the top of the list because of its consistently stable connection and top-notch streaming speeds, especially when it comes to Netflix. While most other VPNs would give users access to only the US version of Netflix, PureVPN lets users unblock up to seven regions, which translates into more content, more fun, and more entertainment.

At present, PureVPN can unblock Netflix US, UK, Canada, Germany, Japan, Australia, and France.The best thing about PureVPN is that it packs some pretty affordable plans. In fact, users can sign up to its 7-day trial for as low as USD0.99 to check out some more features of the service, all the while streaming Netflix’s multiple libraries without any buffering.

The top features of PureVPN include multiple protocols availability, compatibility with a wide range of devices, 256-bit encryption, 300,000+ IP addresses, and stable connectivity, to name a few.

Hotspot Shield is yet another veteran player in the industry, helping users unblock a decent number of popular streaming services, and it now includes Netflix as well. The VPN service boasts of over 20 high-speed, dedicated streaming servers in different locations in the United States. Moreover, it can unblock Netflix US as well as the UK, Spanish and Swedish libraries.

Though the VPN provider may not offer as many countries as PureVPN does, it surely takes the crown with its extensive 45 days money-back guarantee.

Ivacy is an award-winning VPN in the industry, acclaimed for its full-throttle streaming speeds and one of the best user experiences. The VPN service has gained excellent ratings and reviews over the years. For instance, Trustpilot has given Ivacy 4.8 out of 5 ratings. Similarly, Comparitech has rated the service as excellent.

Anyway, as far as Netflix is concerned, Ivacy not only unblocks Netflix and its multiple libraries but also guarantees up to 4K buffer-free streaming experience. Users can unblock US, UK, Japanese, Australian, German, French, and Japanese Netflix regions with Ivacy.

PrivateVPN may not have as massive a VPN network as our top 3 Netflix VPN services, but it does pack the capability of unblocking Netflix outside the US. The VPN service boasts of a user-friendly VPN application for multiple devices. In fact, it has also labeled the servers that are capable of accessing Netflix US library.

PrivateVPN offers a zero-log VPN service, and it can be used on up to six devices with one subscription.

CyberGhost can also be a great option for accessing Netflix US from abroad. The VPN app comes with a novice-friendly interface. The app also labels servers for what they are capable of unblocking, such as Netflix, BBC iPlayer, Prime Video, etc. In fact, users can even give instant feedback on the server by clicking the thumbs up or thumbs down buttons on the app.

The only downside of the VPN service is that it doesn’t work in China.

PureVPN is the most recommended VPN as it meets the checklist of a top Netflix VPN in 2020. It has dozens of servers in the US, capable of unblocking not only US Netflix but many other regional content.

Plus, PureVPN is a certified no-log VPN service, which means it doesn’t log users’ data that can be traced back to the specific individual.

You’re safe with PureVPN. It’s a fully-functional VPN service with everything you want and so many IP addresses in so many countries and locations that it’s really a no-brainer.