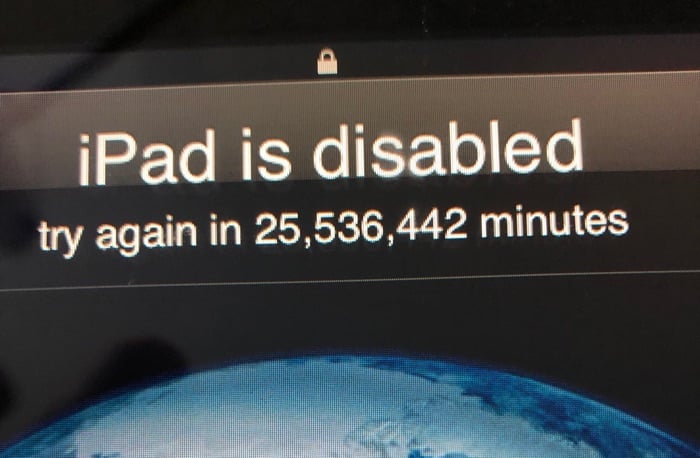 What happens if you input the wrong passcode into your iPad too many times? You get locked out for a period of time and you can then try and put the passcode in again once the lcok has expired.

Unfortunately one dad found out that his 3 year old managed to try and put the passcode in so many times that he cannot retry to enter it for the next 48 years.

Evan Osnos posted a photo on Twitter which shows that he is not locked out of his iPad for the next 25,536,442 minutes which is roughly 48 years, you can see his tweet below.