US mobile carrier T-Mobile is now offering the titanium gray model of Samsung’s Galaxy S III smartphone, the device is available with 16GB of storage and it replaces the pebble blue model that was previous available. 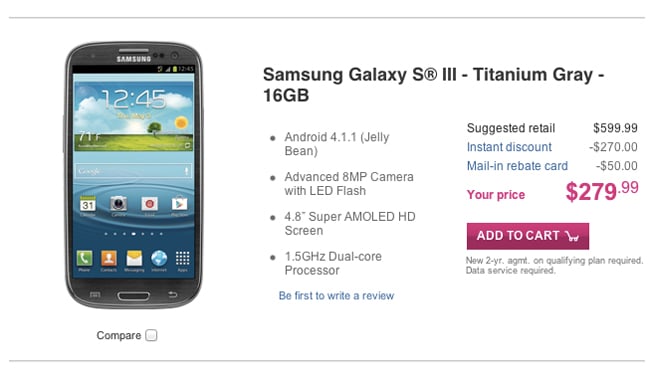