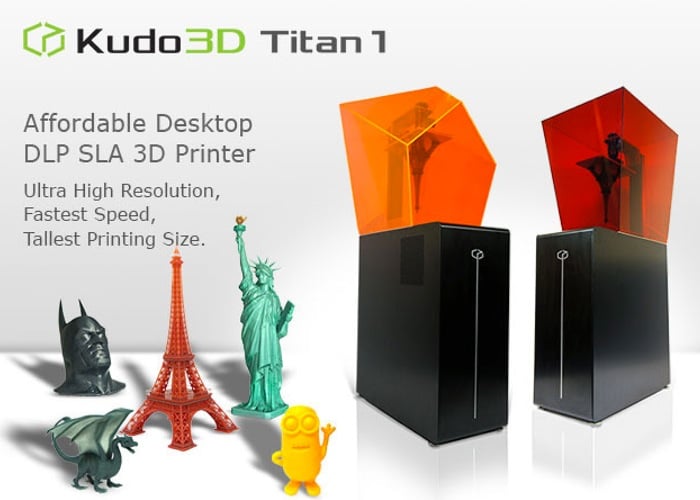 This week a demonstration of the speed at which the Titan 1 SLA 3D Printer can create objects has been released providing a look at the technology that was launched over on the Kickstarter website nearly a year ago.

The Titan 1 3D printer is equipped with DLP-SLA with PSP technology and is capable of printing at XY resolutions of 37-100μm with minimum mechanical resolution of just 5μm and objects up to 10 inches tall.

The Titan 1 features patent-pending technology that its designers Kudo 3D say is “versatile, high-resolution, professional-grade stereolithography printer…ideal for a host of different applications.”

“Titan 1 is the most flexible SLA 3D printer with easily adjustable functions to maximize speed or resolution – allowing it to be used for multiple purposes.

Some 3D printers focus on resolution but are only able to print small objects. On the other hand, other printers can print larger objects while sacrificing resolution (which are still not as large as what Titan 1’s).

Titan 1 is specifically designed for users to easily make adjustments with the widest range of printing sizes and resolution in the market today. Titan 1 is so flexible that it can print larger objects, and can be adjusted to increase resolution and print smaller objects. Speed, resolution, and size can be optimized based on user preferences.”

For more information on the new Titan 1 SLA 3D Printer jump over to the official website for details and the ability to pre-order your very own.