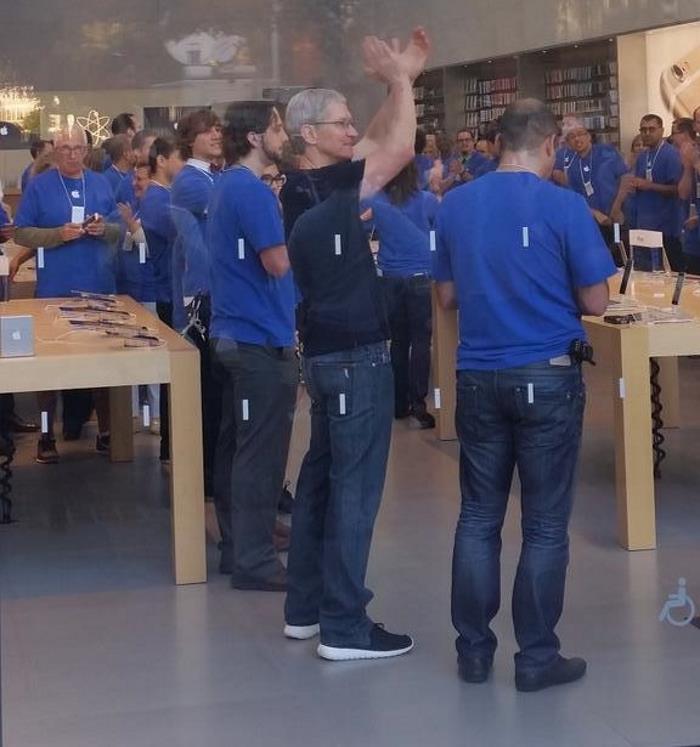 Yesterday was a big day when Apple’s iPhone 6 and 6 Plus went on sale, with hundreds of people lining all across the globe to get the new devices.

Apple’s retail store in Palo Alto was opened by Apple’s CEO Tim Cook himself for the customers waiting for the iPhone 6 and 6 Plus.

This is not the first time, Tim Cook usually visits the Apple’s retail store in Palo Alto before the launch. This year, once again, he crossed the line, greeted the people lined up and met the staff in the store. Later, when the opening time came, he himself opened the doors to welcome the customers.

It’s not just Tim Cook, several other executives also showed up at different stores with retail chief Angela Ahrendts making his way all over to Sydney, Australia for the launch of the iPhone 6, with Eddy Cue waiting at the Standford Store.

Apple has already received a record number of pre-orders for the iPhone 6 and 6 Plus, and it seems the company has received a far greater response this year with the iPhone 6. Piper Jaffray analyst Gene Munster conducted his annual count at the Fifth Avenue flagship store in Manhattan, and concluded there are 33 percent more people, 1,880, compared to last year.

The question is, did you manage to get one? Sound off in the comments below.