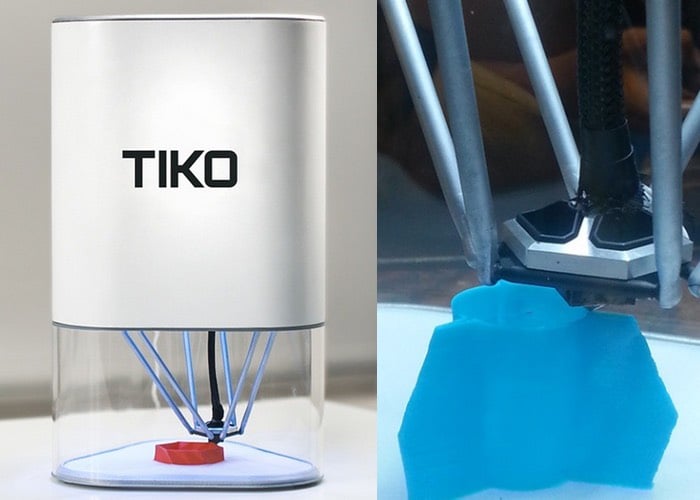 Since the first consumer Delta 3D printers were launched the prices of systems have constantly been falling and now it is possible to have your very own desktop 3D printer for just a few hundred dollars.

One such 3D printer which is priced at around $180 called the Tiko will soon be launching in the form of a Delta 3D Printer, that has been tweaked to reduce costs but not performance.

Tiko3D founded by CEO Matt Gajkowski, Business Analyst Sharon Charitar and Mike Zhang, has just unveiled their new entry level 3D Printer at SXSW in Texas. The new design of the 3D printer incorporates innovative elements that have been able to reduce the systems costs but still provide the quality and effectiveness you would expect from more expensive 3D printers.

During November of last year Tiko3D won the Ignite Startup Competition, providing them with $25,000 in funds to continue the development process and finalise their consumer desktop 3D printer. The 3D Print website explains

“The printer relies on a delta-style setup instead of the typical Cartesian setup we are all used to seeing. Although the exact specifications have yet to be announced, the printer will be capable of utilizing a very large portion of the build platform for printing.”

For more information on the new Tiko 3D printer jump over to the official website to sign up for details when the new 3D printer launches on Kickstarter. As always we will also keep you updated as soon as any more specifications are released.