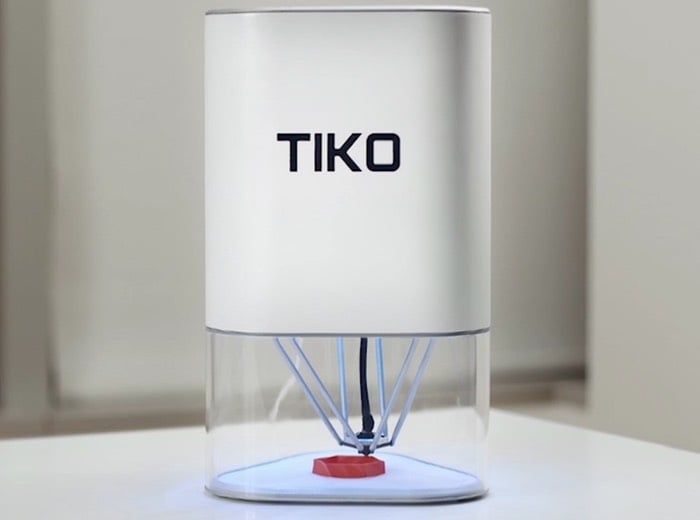 The delta-style TIKO 3D Printer is hoping to raise $100,000 during its campaign to help the company take its new 3D printer into production. With early bird pledges starting from as little as $99 rising to $139.

“Tiko is a 3D printer unlike any before it. We meticulously designed every piece of it to make it high quality and easy to use, while keeping costs down in order to achieve a great price. So, what makes Tiko different?

Tiko is unibody. That means the whole frame is one piece, introducing an amazing array of benefits. Easy to manufacture. Virtually impossible to misalign. That’s how you get a quality 3D printer for $179. Tiko printed a vase at a 200 micron-resolution, but it can print as fine as 50 microns.

Thanks to unibody, Tiko is also enclosed. Whereas most 3D printers have problems with warping prints, Tiko’s enclosed print chamber means that prints are isolated from the outside environment, resulting in strong and consistent print results, even when the wind blows.”

For more information on the new TIKO 3D printer jump over to the Kickstarter website for details via the link below and make a pledge from $99 to be one of the very first to own one.