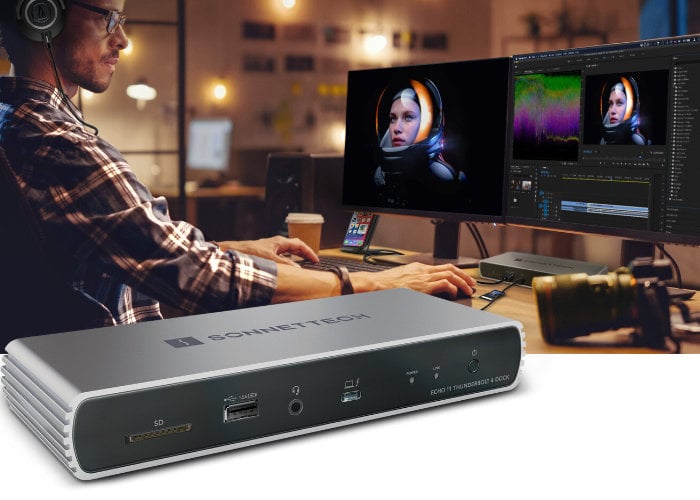 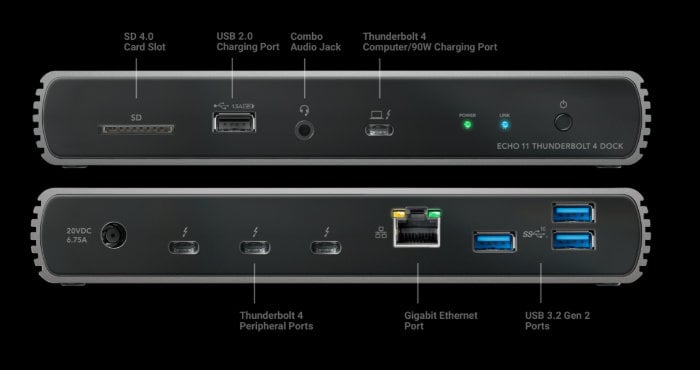 “All the connections you expect from a Thunderbolt dock plus the Thunderbolt hub you’ve always wanted. With this extraordinary dock, a single cable connects your laptop to your digital world. Sonnet’s Echo 11 Thunderbolt 4 Dock – the universal docking station for today and tomorrow.”

Sonnet’s Echo 11 Thunderbolt 4 Dock enables notebook and laptop computer users to connect to all of their peripheral devices at once through a single Thunderbolt cable. Through the same cable, the Echo dock can also charge compatible computers with up to 90 watts of power. Depending on the computer to which it’s connected, the Echo dock also supports connecting one (always 4K, up to 5K, 6K, or 8K) or up to two monitors (4K + 4K, or up to 5K + 5K). 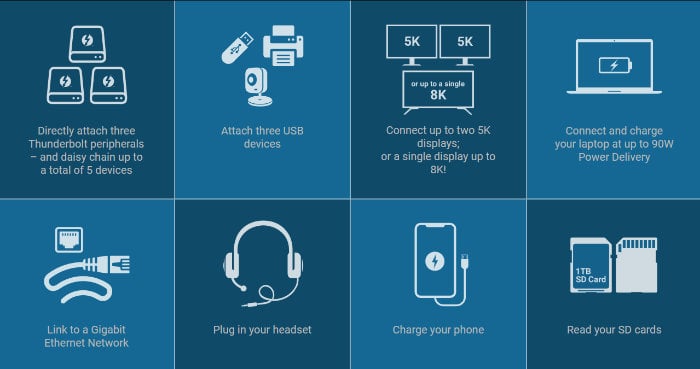