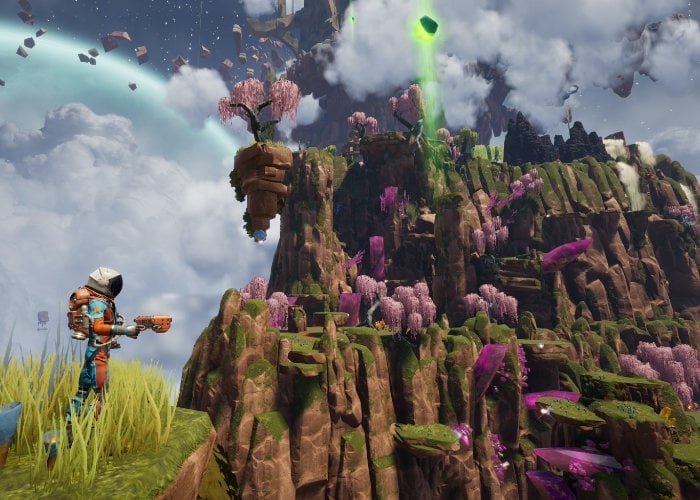 Major Nelson has once again released a new five minute update on all the new arrivals and news for the Xbox platform. This week’s episode features the recently launched Journey to the Savage Planet, a new update for Code Vein and more details on Disintegration which is currently in its beta development stage and gearing up to launch on the Xbox One. Don’t forget you can watch This Week On Xbox from the Community section of the Xbox One dashboard in Canada, the UK and the US or watch it on the Xbox YouTube channel.

Jason Ryan from Typhoon Studios explained a little more about what you can expect from Journey to the Savage Planet.

“Over the course of about 15-20 hours of exploring and upgrading we hope you’ll finally put down the controller, feel a warm tingle of satisfaction, and move on with your life. Essentially, as a group of about 25 old-people, we made the kind of deeply finishable, concise game we wanted to play. No loot boxes, no microtransactions, no daily raids, no grind: Just a reasonable amount of content that can be played, enjoyed and finished long before it starts to test your patience and you begin to resent it. You know, like they used to make!”

Features of the new Journey to the Savage Planet game now available on the Xbox One include :

– In this upbeat and colorful, first-person adventure game you play as the newest recruit to Kindred Aerospace, which proudly touts its rating as the 4th Best interstellar exploration company.
– Dropped onto an uncharted planet with little equipment and no real plan, you must explore, catalog alien flora and fauna and determine if this planet is fit for human habitation.