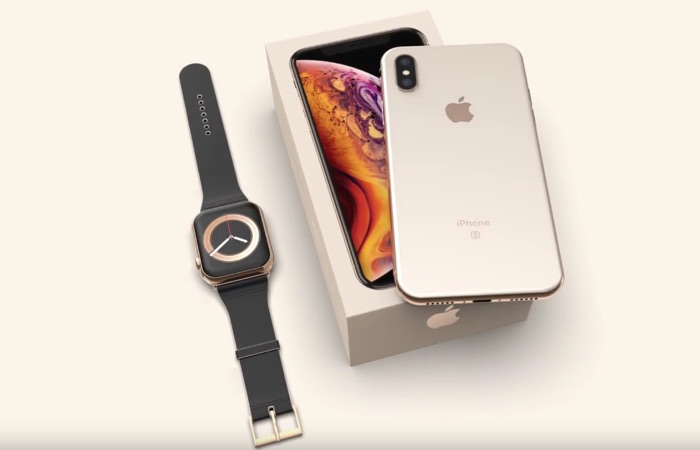 Apple are holding a press conference next Wednesday the 12th of September where they will unveil their new iPhone XS handsets, the iPhone 9 and also the new Apple Watch 4.

We recently saw some leaked press renders of the new iPhone XS and Apple Watch 4, these were apparently leaked direct from Apple.

Now Everything Apple Pro has created some renders in a video of the new devices based on the leaked photos.

As we can see from the video the design of the new iPhone XS handsets will be similar to that of the existing iPhone X. The Apple Watch 4 features a display which is larger than the previous one and comes to the edge of the watch.

There will be two different versions of the iPhone XS, one with a 5.8 inch display and the other with a 6.5 inch display, both devices will come with the new Apple A12 processor and will feature dual cameras.

The iPhone 9 will come with a 6.1 inch LCD display and will apparently feature a single rear camera, plus the same processor as the XS.

We will have more details about the new iPhone XS and Apple Watch 4, plus the other device when they are made official next week.