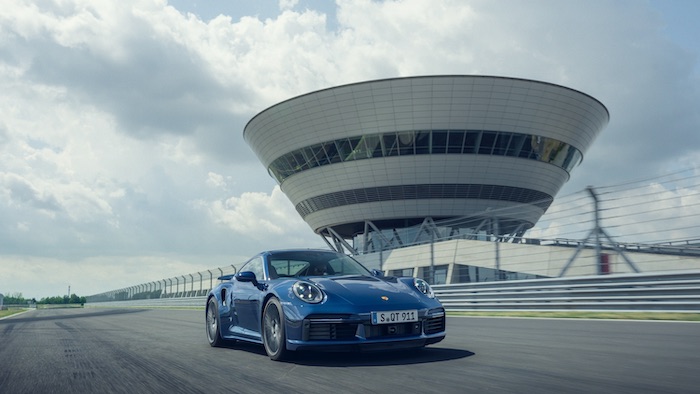 The new 911 Turbo S was announced back in March and now Porsche as unveiled the new Porsche 911 Turbo. the car comes with slightly less power than the S model and has a total of 580 PS (572 horsepower). 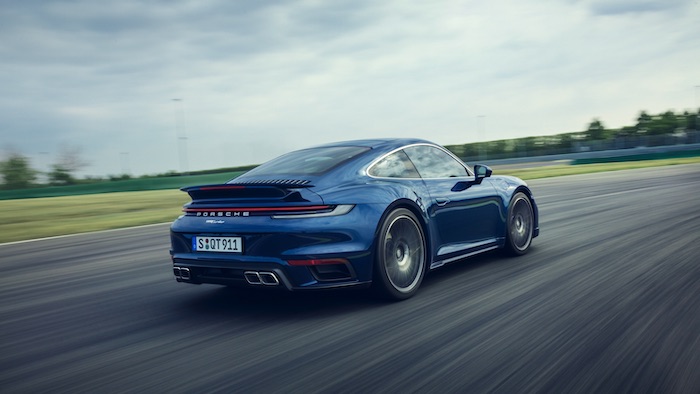 The design of the 911 Turbo has become even more muscular. The body has been widened by 45 mm to 1,840 mm at the front wheels to accommodate the new chassis, while the new bonnet’s striking swage line underlines the car’s sporty character. LED headlights with PDLS Plus illuminate the road as standard. At the rear axle, the body is now exactly 1.90 metres wide (20 mm more). Other distinguishing features of the new 911 Turbo are its enhanced adaptive aerodynamics, which feature electronically controlled cooling air flaps at the front, its larger active front spoiler and significantly larger variable rear spoiler. The air intakes on the rear side panels, so characteristic of the 911 Turbo, now draw in process air rather than the cooling air they did before, while the charge air coolers are now positioned directly in the air flow under the rear lid. The continuous light bar with its LED tail lights, as well as the new louvred rear lid grille with silver trim strips, round off the design of the rear of the car. 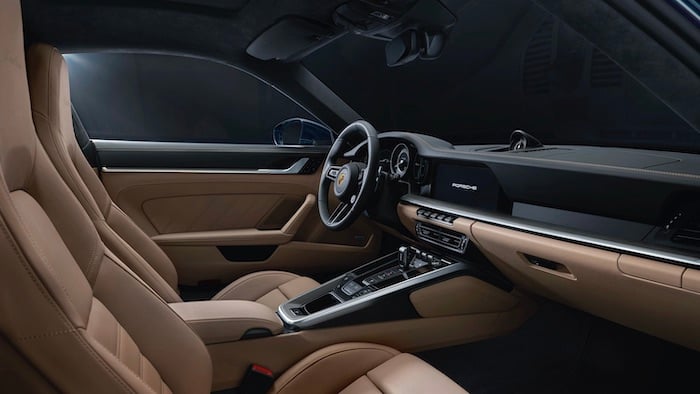 You can find out more information about the new Porsche 911 Turbo over at Porsche at the link below, there are no details on pricing as yet.