After staring at it for the better part of half an hour, we still have no idea what to call it. A couch or a bed couch? Never mind. The n.a.p. comes with a LED reading light and enough space for printed material–even a cup of coffee. It does look cumbersome, however. 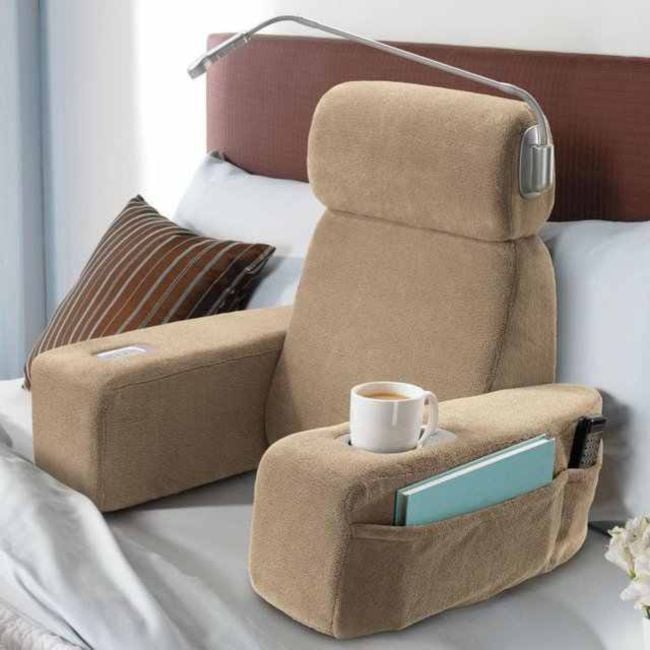 To be blunt, it’s a rather terrible idea. Comfortable for sure, but there’s hardly any cohesion between it and the bed it’s lying on. A few customers have praised it though ever since the n.a.p. became available at Amazon, where it has received generally mixed reviews.

The best say it’s great for relaxing in bed, the worst lament how sub par its features are after some use. Either way, those looking to a fresh spin on lazy weekends spent watching TV or reading a book might consider the n.a.p. worth a moment’s notice.

It’s most endearing feature is its massaging capabilities. But unlike other full-fledged massage platforms, the n.a.p. only has two speeds. According to the available promotional literature, the n.a.p. also qualifies as a ‘massaging bed rest.’ The lack of sexy ergonomics still makes it suspicious in our eyes. For a bed rest, it seems to borrow too much from a couch. In fact, it looks like a couch plopped down on a bed.