Things the popular GTD to-do application for Mac and iOS devices, has today announced that their highly anticipated Things Cloud has now finally entered its public beta stage of development.

Allowing users to finally be able to sync their to-do lists within the Things application across multiple devices seamlessly. The cloud syncing features has been a long time coming and has caused a number of user of Things to find other to-do applications which already provided the cloud sync feature, such as Omnifocus and Firetask. 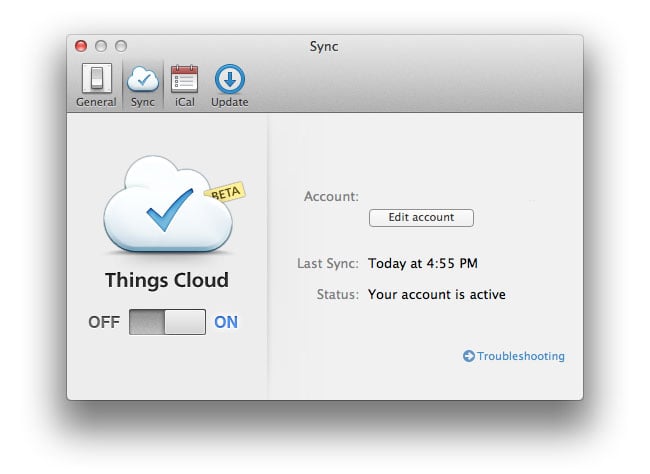 Lets hope that now the cloud sync feature has entered its public beta stage of development it can now win back the customers that moved elsewhere. Cultured Code the developers of Things explain:

“We’ve had incredible feedback from our users, telling us that Things Cloud is proving to be both fast and stable. Some of our users have adopted the beta entirely and created exceptionally large databases.

In the coming weeks we are going to work out some kinks and performance bottlenecks related to such large databases. This is an important final step towards enabling the import of existing data. Once the import feature is ready, we’ll post another update”

To enable the new Cloud things sync feature for yourself head over to the Cultured Code website and download the Mac beta or enable it through the public version of Things application for iOS.